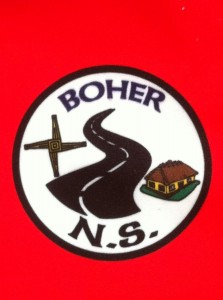 Bullying is repeated aggression, either verbal, psychological or physical, conducted by an individual or groups against others. Isolated incidents of aggressive behaviour which should not be condoned, cannot be described as bullying. However when the behaviour is systematic and ongoing, it is bullying. It may manifest itself in many forms such as physical aggression, damage to property, extortion, intimidation, isolation, name – calling and “slagging”. At the centre of our school’s response to bullying is the continued development of a positive school climate which focuses on respect for the individual. It is an important element of school policy to raise the awareness of bullying as a form of unacceptable behaviour. This is done largely through S.P.H.E.

Procedures for noting and Reporting an incident of Bullying Behaviour.

1)      All incidents of bullying will be investigated and dealt with by the teachers.

2)      Serious cases of bullying behaviour by pupils are referred immediately to the principal.

3)      Parents of victims and bullies will be informed earlier rather than later of incidents.

4)      It is made clear to pupils that when they report incidents of bullying they are not telling tales but are behaving responsibly. It is important to counteract a culture which may associate “telling” with “infirming”.

5)      Encouraging a child to hit back is mistaken because it does not address the reasons for the bullying behaviour and it could also result in a child being seriously hurt in further incidents.

Procedures for Investigating and Dealing with Bullying.

1)      When investigating incidents of bullying behaviour, it is necessary to seek answers to questions of what, where, when, who and why?

2)      If pupils are found to have been involved in bullying behaviour, it will be made clear to them that they are in breach of the Code of Discipline, and sanctions will be applied.

Work with Victims and Bullies

2)      Pupils who observe incidents of bullying behaviour should be encouraged to discuss them with their teachers.

3)      Bullying is a societal problem and a whole community approach is needed to combat bullying behaviour. The school as a community is made up of management, teachers, non – teaching staff, pupils and parents, and the promotion of home / school / community links is a vital element in the countering of bullying behaviour.

4)      The school’s anti – bullying code is discussed regularly in each class and explained to the children.

1)      Every pupil has the right to enjoy his time in Boher National School, free from bullying both in school and on his journey to and from school.

2)      Our school will not tolerate any unkind actions or remarks, even if these were not meant to hurt.

3)      Pupils should support each other by reporting all instances of bullying.

4)      Bullying is regarded as a very serious matter.